I've made some progress (while mainly working on Barbarian Conqueror King and translation contracts) on the starmaps for my Visions of Empire setting for Classic Traveller, including political borders.

First is a political overview map for 2232, right before the Terran Liberation War; back then, all peripheral polities on the map are client-states of the mighty Reticulan Empire. 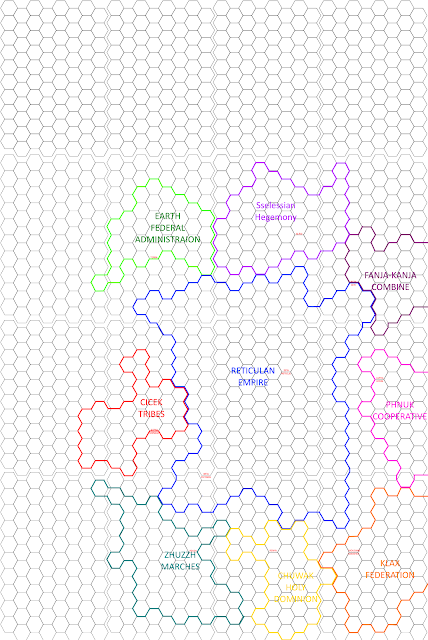 Second is a political overview map for 2261 - 3 years after the Terran and Cicek victory in the Terran Liberation War. 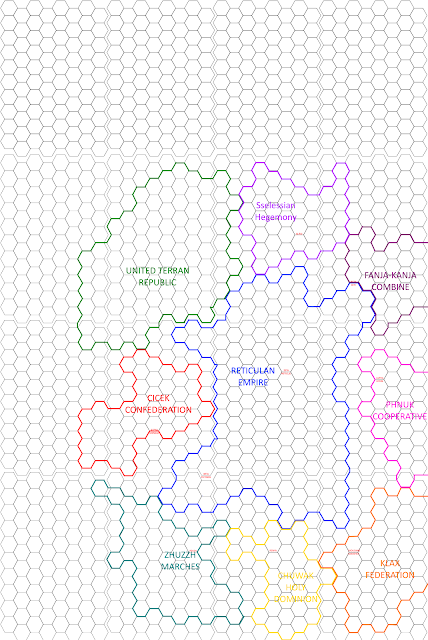 Third is the full starmap, now with 2261 borders. Notice how the Cicek (allied with the Terrans) managed to grab up Reticulan territory and how the UTR conquered much Reticulan and Sselessian space and colonized several worlds both in its war-time resource-rush and in an attempt to secure the Cicek Run (wartime supply route between the two powers.

All polities other than the Terran and the Cicek are still Reticulan client-states. 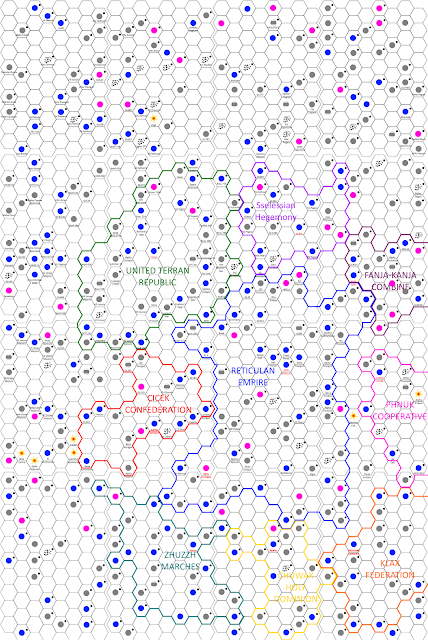