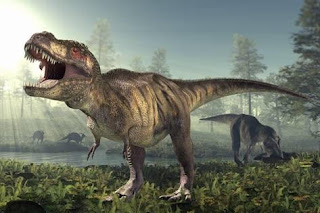 One thought that has occurred to me is that an "Isle of Dread"-type setting could be a wonderful vessel for bringing Barbarian Conquerors of Kanahu elements into a more "standard" D&D-type fantasy campaign campaign. I am thinking about running it for traditionally-minded players who will want to play dwarves and elves, but I'll introduce them to all the weird Lost World lizardry stuff.

This is not Kanahu transplanted into a generic fantasy world, mind you, but a setting allows importing BCK material into a limited area of it.

This will have a "regional" map (1 hex = 6 miles) with several islands. And yes, with pirates (Arrrrrr! Shiver me Timbers!) too.

I was thinking about the Islands being a small part of a sunken, Mu-type continent, where there was once an Ancient [human] civilization (Mesoamerican-flavored). When the Ancient Land sank, the survivors made pacts with reptilian totems of the islands for protection. This was a blessing and a curse - the Ancients became various types of lizardmen; the Chaotic among them became Serpentmen and Toadmen.

So you get various lizard tribes - you get the Monitor [standard lizardman] Village, the Gecko Village, the Chameleon Village [new class/creature] - and the Serpent Pyramid!

Later, a millennium or so ago, humans islanders from other parts of the world came and settled a peninsula; they fortified the Ancient bridge connecting it to the main island and thus enjoyed some protection from dinosaurs and other dangers of the main island. They settled on a few of the smaller islands as well.

Finally, very recently, the Empire came and set up a trading-post on the peninsula to trade with local humans and with the "Lizard Village" (Monitor Village). Pirates from the Empire also settled on the Islands.

There was also an alien saucer crashed into the dormant vulcano's flooded caldera; possibly damaged by Ancient magics when investigating them.

So you have:
What do you think?
Posted by Omer Golan-Joel at 8:01 AM 2 comments: 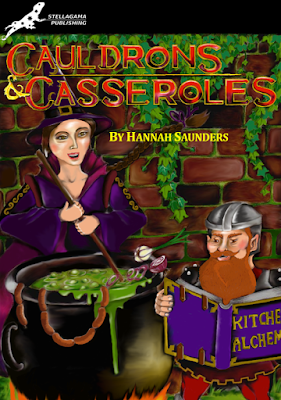 82 recipes for hungry role-players - from snacks to drinks to pies to poultry and fish! All ready for eating by hand, while playing.

As role-playing games are becoming an increasingly popular pastime and hobby for many in our current culture for quite a while, a tradition of gaming food and drinks should evolve accordingly. Cocktail parties or sport events, for instance, have evolve their own food traditions. There is no reason role-playing games shouldn't either.

Cauldrons & Casseroles presents 82 recipes for varied foodstuffs perfect for the gaming table, from snacks to pies to poultry and fish.

The dishes themselves are practically suited to the game as an activity. By being typically food items of the hand-held variety, they do not require any utensils or any other fiddly equipment and therefore function as appropriate, casual snacks.

The recipes included in this book do not follow the order of courses within a meal nor are classified according to culinary genre or ingredients. Instead, they rather follow the course of a typical fantasy role-playing adventure, with the dishes being inspired by the plot and taking place as an integral part of it. The dishes themselves are also practically suited to the game as an activity. By being typically food items of the hand-held variety, they do not require any utensils or any other fiddly equipment and therefore function as appropriate, casual snacks.

Measurements are given both in the Imperial and the Metric systems.

We hope this book will inspire all of you to sharpen your kitchen wizardry skills and make some gastronomic magic happen!

Posted by Omer Golan-Joel at 10:13 AM No comments: