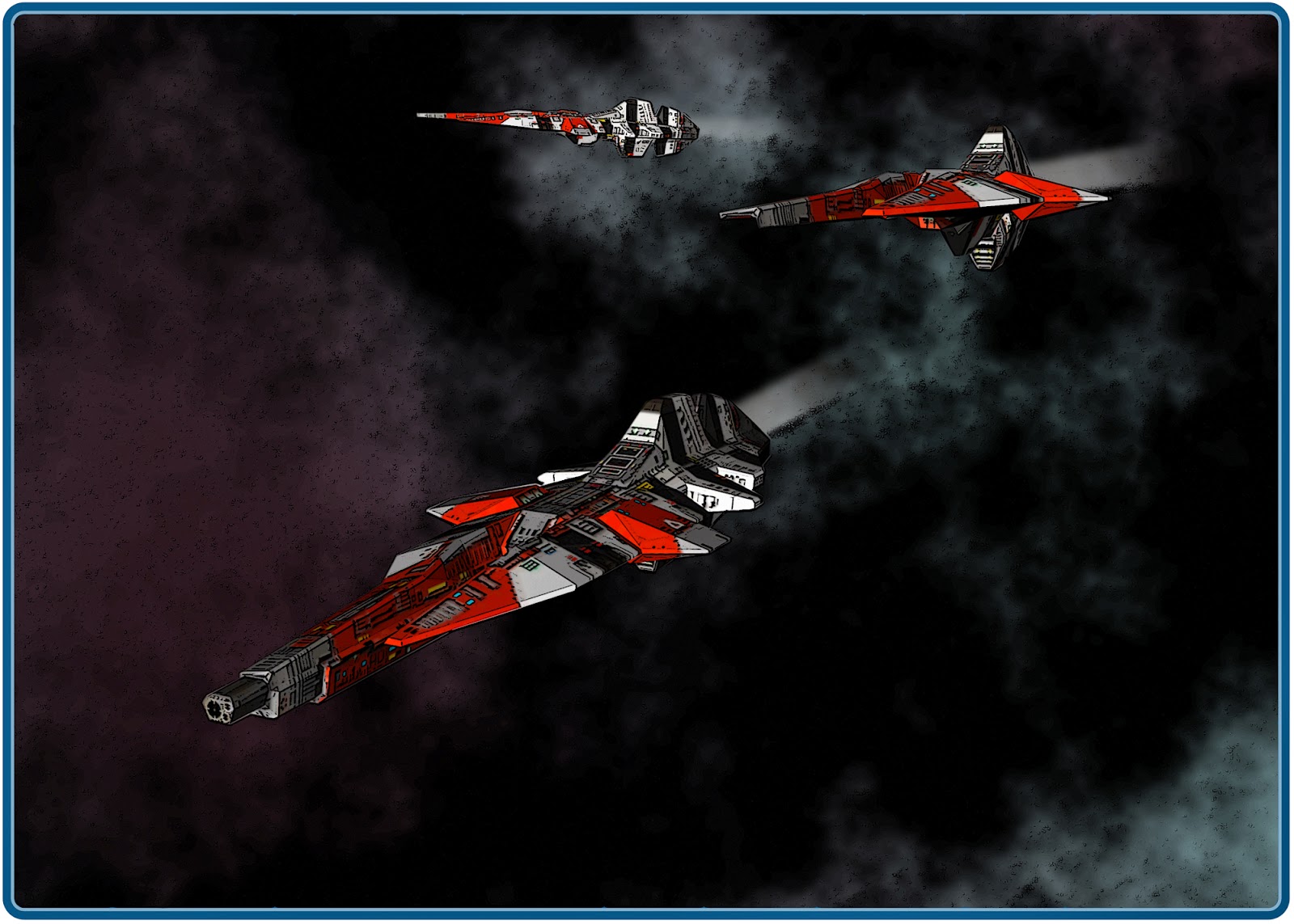 Traveller Book 2 is my favorite ship-design system for Classic Traveller, or for any edition of Traveller for that matter - simple, elegant and interesting, especially if you add in the computer and software rules which allow you to trick out your ship to a great degree. The main charm of this system comes from two things - the great customability of the ships with its Lego-type plug-and-play construction method, and its end result - an entire starship described in one paragraph of plain English. Another strength was that of the small-ship universe which keeps ships at the player character scale of things. Later Traveller ship-design rules, while adding many more options and much bigger ships, also make the design process as well as the result much less elegant.

However, the LBB2 rules do have several weaknesses, such as a very limited list of potential ship fittings, as well as a combat system which gets cloged when too many turrents are firing at once. Another weakness is that there is no way to load a ship with significant munitions other than filling it with fighters, as there are no military weapons heavier than what is available to civilian turrents in Book 2. In a later post I'll detail the (slightly) variant ship combat and weapon rules. An excellent source of inspiration for those could be found in TBread1999's excellent Book 2 House Rule Thread on the Citizens of the Imperium boards.

So here I'll post a short series of articles about simple expansions to the Book 2 design process. The main design principle of these articles is that they shouldn't invalidate any design created by the standard Book 2 design process and that the main KISS spirit of Book 2 should be preserved. This first installment presents several non-weapon ship fittings for your use in Book 2 ship designs; all are ready to drop into any Book 2 design with as little additional rules as possible.

Factory (TL7): A shipboard factory usually produced one product or a series of related products; the types and amounts of raw materials needed for production are left for the referee's discretion. A astandard factory module requires 10 workers, displaces 100 dtons and costs MCr50. At TL9+ the worker requirement is reduced to 5 and at TL13+ to 1 - a single operator of the now-automated factory.

Partial Hydroponics (TL8) displace 2 tons and cost MCr0.25 per person they support. This kind of hydroponic gardens include a limited variety of plant life and usually serve as both decorative-recreational facilities and a source for fresh fruit, vegetables and spices. they also assist the life support system by producing some foodstuffs as well as helping recycle air and water; the monthly life support costs of any person supported by Partial Hydroponics is reduced by 50%. Partial Hydroponics require 2kg of additional nutrients, seeds and spare parts (costing Cr300) per month per person they supports.

Full Hydroponics (TL8), which are full-scale closed-circuit shipboard biospheres, displace 4 tons and cost MCr1 per person they supports. They include a diverse selection of organisms ranging from bacteria and yeast to higher plants and animals, and are capable of providing all the life support and food requirements of any person supported by them; such persons do not have to pay any monthly life-support costs at all. Full Hydroponics require 1kg of nutrient replacements and spare parts (costing Cr200) per month per person they supports.

Laboratory (TL7): a basic laboratory space has no significant cost and any tonnage available may be assigned to it. However, laboratory equipment is expensive, from MCr0.025 per ton for very basic facilities up to MCr1 or even MCr2 per ton for advanced reasearch tools.

Mass Driver (TL8): a large magnetic rail-launcher designed for slinging cargoes over interplanetary distances. A mass driver is too slow and inaccurate to be used in ship combat, but may be used to bombard planets. A mass driver requires a crew of four, displaces 25 dtons, and costs MCr26.

Ore Refinery (TL8): a refinery capable of processing most compounds found in planetoids into semi-refined raw materials which can easily be shipped to other locations. It requires 1 worker, and costs MCr6 per 10 tons of refinery size.

Shipboard Hospital (TL8):  while any starship has a fully-functional medlab subsumed in its stateroom tonnage which is enough for most emergency operations (and counts as a "medical facility" for healing wounds), a full-scale hospital can treat less common afflictions and perform particularly complex operations. A hospital module displaces 8 tons,  costs MCr5 and houses up to two patients with complete life support facilities. Each additional patient capacity adds 2 tons and MCr0.5. It is a fully-fledged hospital, complete with laboratories and extensive imaging systems, allowing complex medical procedures such as cybernetic implantation and giving a +2 DM to all medical tasks. A Shipboard Hospital requires one doctor per 8 patients (or a fraction thereof) and one nurse or medical technician per 4 patients (or a fraction thereof).

Workshop (TL7): A small workshop capable of fabricating several kinds of spare parts and repairing equipment. Its exact capabilities and raw material requirements are left for the referee's discretion. A workshop requires one skilled worker and costs MCr5 per 10 tons of workshop space.
Posted by Omer Golan-Joel at 5:13 AM