Here is the whole sector "Dot Map" for my Visions of Empire setting for Classic Traveller which I'll use to plan out the astrography.

Starburst is a star system with no significant bodies or asteroid belts (typically bright stars).

A black dot on the upper right side of the hex denotes the presence of local gas giants.

Most system locations were "flattened" from real-life astrography; some (the ones without names) were hand-generated and handwaved to represent worlds orbiting hypothetical dim stars we haven't detected yet as per 2015.

Dataset was similar to what I used to generate the Outer Veil map, but I did make significant changes to this map. 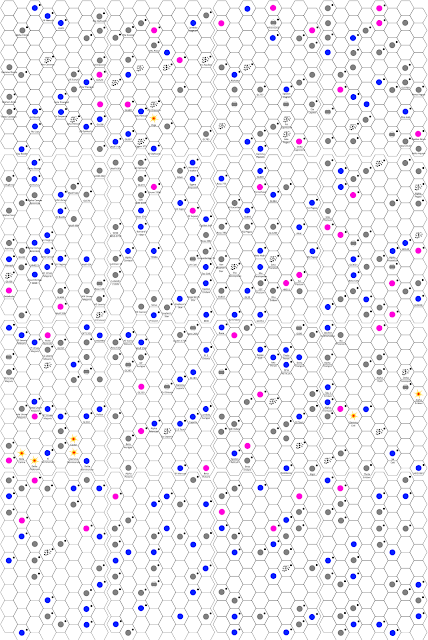