Effective use of Lethality in Old-School RPGs 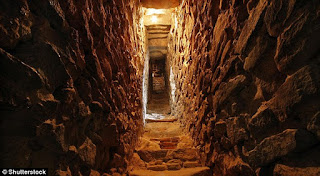 A few days ago I wrote about lethality in older-school RPGs. Many responses were enthusiastic; other correctly criticized my post regarding arbitrary as opposed to non-arbitrary death; after all, "gotcha" death usually sucks in RPGs, and if the Referee just wants to kill the PCs, he could always bury them in a landslide or under a collapsing ceiling. This, of course, will be no fun. So I am obliged to further elaborate regarding the use of lethality and Save-or-Die elements in older-schools role-playing games.

Lethality should always be the result of a choice. An informed choice, at least to a certain degree. As I've noted above, and as obvious to any good player or Referee, "gotcha" lethality is not very enjoyable. A Save-or-Die situation should arise as a result of a player choice. Taking risks sometimes warrants an immediate risk of death. For example, if you choose to go toe to toe with a venomous snake, you take the risk of getting bitten, which may be fatal. Typically, a good Referee will describe a snake or, at least, hint at its existence. If you choose to ignore the warning and take the risk, you can definitely face death. After all, venomous snakes are scary for a reason - many of them can kill you. A dead king's tomb still containing treasure after centuries of potential grave-robbers is bound to be trapped to the hilt, and its exploration warrants great care and many precautions. If you take the risk and rush your exploration of such a dungeon, a trap may kill you. There should always be a chance to avoid the trap by player skill and attention to details. But deadly traps in such tombs are part of the adventure genre. If you choose to drink a mysterious potion found in an underground temple of Chaos, you risk being poisoned or worse. If you enter the dungeon corridor strewn with many human bones and skulls of possible victims of a horrible monster - you might actually encounter the monster itself, and you risk turning into yet another pile of bones in the corridor. If you enter the curious garden of strange statues, you might face the Medusa - capable of turning you to stone with a single gaze.

The thing common to all of these cases is that there is a warning before the decision to take the risk or avoid it. Either an explicit warning, such as the town's elders speaking in hushes whispers about the horrors of a haunted tomb, an environmental cue such as bones of former victims or the petrified victims of the Medusa, or a risk known to common sense such as the notion that strange liquids in deep chapels of Chaos might have negative effects on you or the basic fact that venomous snakes might kill you with a bite. Taking the risk is a player's choice, and typically holds a potential reward. A pile of gold under the slithering snakes, rumors of great treasures guarded by the Medusa, stories of potions holding wondrous effects on their imbibers. If you wish to reduce risk, you also reduce the reward in many cases. You wish a big reward - you'll have to take risks.

The same goes in Traveller. In character generation, if you choose to be a Marine, you should be tough as nails - as a Marine should be, or you face a high risk of death in the line of duty. Even if you're tough, Marines are people who get kicked out of a starship in orbit and told: "conquer that planet!". This is badass, but very, very risky, especially in times of war. The reward is first the badass title of a Star Marine, and also all manners of combat skills, easy retention and relatively easy promotion. Scouts are more extreme - you die easily in the line of duty just like Marines, because you go into the Unknown and the Unknown has teeth, claws, and tentacles, but you may receive the ultimate reward - a free starship of your own! A clever character entering the Merchant Marine risks a far lower risk of death, but if you do gain a starship, it has a heavy mortgage attached. You can try and save hard-earned Credits by travelling in Low Passage, but you risk Low Berth failure and death. You can try and save on expensive refined fuel by doing frontier refuelling, but unrefined fuel can do bad things to the delicate and finicky civilian systems of your Free Trader.

Risk and reward, accompanied by at least some hint regarding the risk and reward at hand, are key to enjoyable death threats in older-school RPGs. This could add much tension, excitement and thrill to your game of handled right. This is why Save-or-Die effects are so useful in such games.
Posted by Omer Golan-Joel at 4:58 AM