I've updated the map for my Elysian Empire setting for ACKS. This is still a work in progress, but it does cover the western part of the Empire with their final geography. This still requires cities, though, and names for some of the rivers and mountains.

Regarding the western provinces...

Tamascyra - temperate-warm province which was civilized longer than any other province in the western part of the Empire. Currently partly Civilized and partially Borderlands. (cultural/naming inspiration: Greek).

Rayanes - temperate bread-basket. Currently Civilized in its southern part and Borderlands in its northern half, due to beastman invasion from Muspelheim (cultural/naming inspiration: Celtic).

Outer Kvenland - harsh and cold land known for its excellent seamen and warriors. Once, the Kvennish High King also ruled what is now Inner Kvenland and northern Leoneis, but the Elysian Empire conquered these lands. Its people were once proud Neutral pagans. Now, the land is in the claws of the popular Chaotic cults of Hróðvitnir the Wolf Lord and Blóðughadda the bloody-haired Sea Queen. These cults invaded neighboring lands, and so far met serious resistance only in Camalynn, from which it was repulsed at a great price. "Borderlands" Chaotic area for the most part, with some Wilderness as well (cultural/naming inspiration: Norse).

Leoneis - temperate-warm province, rich with grain but also beset by swamps. Most of Leoneis, apart from the hill country to its north, is lowland. Currently, northern Leoneis is a battlefield, invaded by Kvennish Chaos cults, and the south has a barely functioning remnant-Imperial government (cultural/naming inspiration: French).

Muspelheim - cold and hard mountainous land. Once the heart of the old Dwarven Empire, which has collapsed many centuries ago. Now beset by beastmen; only a few heavily-fortified Dwarven Vaults remain as  Borderlands, the rest being Wilderness (cultural/naming inspiration: Germanic/Slavic).

Valukarask - frigid land of the north. Typified by taiga forests and cold marches in its north and some farming in its southern parts. Land of fey and witchcraft, never truly tamed by the Elysian Empire. Now considered Borderlands (cultural/naming inspiration: Slavic). 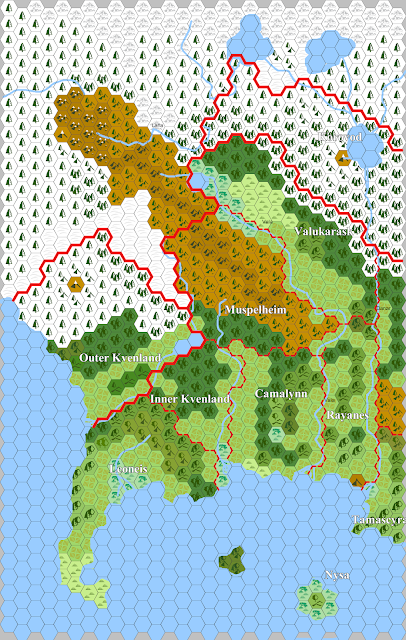 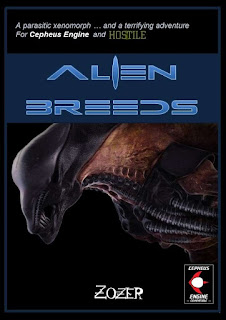 In short - if you like Alien(s), or simply want a detailed space colony for your sci-fi game, this is an instant buy.
Posted by Omer Golan-Joel at 7:30 AM 2 comments: