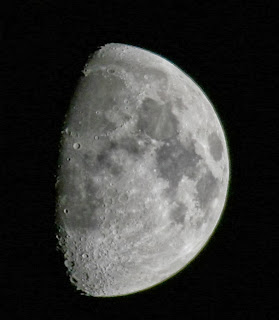 The world upon which Kanahu (and the rest of the lands) exists has two moons: the larger, Yarkhibol, resembling Earth's moon, and the far smaller, Innana, a small, reddish asteroid on a higher orbit. the world's rotation around it's sun, Shapashu, equals exactly twelve rotations of Yarkhibol around the world, each 28 days long; the year, therefore, is 336 days long. Therefore, there are twelve 28-day months in the year, each dedicated, according to Kanahi custom, to a single Lawful deity.

The year, according to Humans, is 3,341 AS (After the Shooting Star, upon which the Humans came), or, according to the Lizardmen, the 4,009th year since their rebellion against the dreaded Serpentmen. 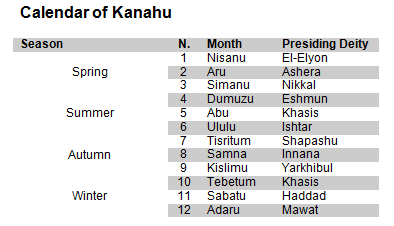