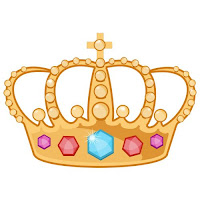 In my Dark Nebula variant-OTU setting, some Human worlds possess a noble class - a remnant of Rule of Man aristocracy. The Maadin Confederation, of course, lacks such classes, but its neighbors, particularly Mizah (Maadin 0304-A762853-B), tend to retain such classes. Below is a draft of the way I handle them in this setting.

The Rule of Man had an aristocratic ruling class - some nobles were hereditary Vilani administrators, some were the children of Terran Navy officers given positions of power over the conquered Ziru Sirka. Some nobles ruled; others held honorary titles. Representative of such social station were present, of course, in the Spinward expeditions establishing the Dark Nebula colonies. When the Rule of Man collapsed, some of its aristocratic traditions remained on certain worlds. Other eschewed such positions of privilege, often in favor of non-hereditary military rank (as is the case in the Maadin Confederation).

Mizahni nobles belong to either one of the five Great Houses, or to one of the numerous Minor Houses. Great House heads, the Archdukes, are parts of the Mizahni government. The five Archdukes form the Council of State, which advises directly to the Queen of Mizah. Lesser nobles within the Great Houses also hold positions of tangible political or economic power, from megacorp CEOs - as each Great House owns a megacorporation - to hereditary positions of power in the government.

Minor Houses are heirs to Rule of Man, or even older Ziru Sirka, aristocrats. They usually lack direct political power, but may vote and be elected to the Mizah Senate. Such nobles are numerous, comprising approximately 8% of the population. Their families often enjoy great wealth. However, regardless of their actual wealth, they enjoy certain privileges thanks to their formal social rank.

Below is my draft of noble privileges on Mizah and other worlds under its influence (or other worlds retaining nobility), by noble rank.

Knight, Knightess, Dame (Social Standing 11)
The Right to Bear Arms: Knights may bear ceremonial personal arms, regardless of the local Law Level. Such arms include a ceremonial sword (such as a rapier or a cutlass), and/or a handgun (most often a revolver but sometimes also a handgun or snub pistol). The weapons must be carried openly and may not be concealed. While in public spaces on Mizah, such right is of minor importance (thanks to the Law Level of 3), the nobles may bear such arms in the presence of their peers and betters - and in some (though not all) controlled areas. This also extends to other worlds, some of which have higher Law Levels.

The Right of Election: Knights who are Mizhani citizens may vote to the Mizah Senate and be elected to Senators. Ordinary (SOC 10-) citizens lack the vote.

Baron, Baronet, Baroness (Social Standing 12)
As above, and:
The Right of Audience: a Baron may request, within reason (i.e. subject to the Referee's discretion), an audience with his peers or betters, except for the Royal House itself or the Archdukes. The noble with which audience is requested may not refuse such request as long as it is reasonable, and must hear the Baron and consider his or her words. This does not mean, of course, that the noble will automatically agree to the things proposed by the Baron, but will hear what the Baron has to say.

The Right of Hospitality: Barons can request, and reasonably expect, hospitality from other nobles, except for Archdukes and the Royal Family. The host must provide such request hospitality as long as it is reasonable. This means room, board, and protection (if necessary). This is usually for several days. Abusing this right and overstaying this welcome is a major faux pas.

Marquis, Marquesa, Marchioness (Social Standing 13)
As above, and:
The Right to Bear Arms in Royal Presence: the Marquis may bear ceremonial arms, as noted above for the Knight, including in the presence of Archdukes and the Royal Family. Furthermore, it is customary that the marquis bear such arms in the presence of his peers and betters; being unarmed in their presence is faux pas. The Marquis may bear such arms even in any controlled or secure location, without any limitations whatsoever.

The Right to Travel: the Marquis may request, at a reasonable basis, travel accommodations upon a starship with Royal blessing and financing. This is always High Passage. The Marquis may "bump" other High Passengers to gain such accommodations to themselves and their entourage (up to four persons). Abusing this right is faux pas.

Count, Countess (Social Standing 14)
As above, and:
The Right to Retainers: the Count may be accompanied by up to four armed and armored retainers. There is no limit to the arms and armor they may bear; indeed, Combat Armor is common in such cases. However, arming retainers with heavy weapons (such as machine guns or rocket launchers) is faux pas. The Count may be accompanies by such retainers in Noble or Royal presence. It is customary that the Count be accompanies by at least one retainer on formal occasions.

The Right to Royal Audience: the Count may request, and be reasonably granted, audience with an Archduke or members of the Royal Family (including the Queen herself), as per the Right of Audience described for Barons above.

The Right to Royal Hospitality: the Count may request, and be reasonably granted, hospitality from Archdukes and the Royal Family, as noted above for the Baron above.

Duke, Duchess (Social Standing 15)
As above, and:
The Right to Urgent Royal Audience: the Queen or an Archduke will grant audience, upon request, to the Duke as urgently as possible (if necessary) and in preference over the Duke's lessers. Abusing this right is a major faux pas and may lead to sanctions.

The Right to Indefinite Royal Hospitality: hosting a Duke is a great honor, even for the Queen or an Archduke. Upon request, any noble or Royal will grant indefinite room and board, as well as protection, to the Duke, at their palace.

The above also applies to worlds under Mizahni influence, namely the Fastness worlds:  Kov,  Salia, Taanga, Hasara, and Daanari. Other non-Fastness, non-Confederate worlds may also apply part or whole of the above, though they are less likely to do so. The Maadin Confederation, of course, lacks nobility, and rather gives social status to non-hereditary military officers.
Posted by Omer Golan-Joel at 1:34 AM