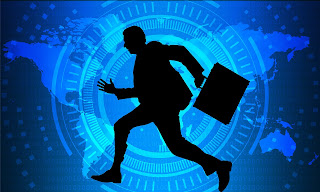 In a previous post, I have detailed the Trading Blocs, the Earthbound polities, of my Hard Space setting. In this post, I'll detail two international and interstellar organizations, the Colonial Commerce Commission (C3) and the Infinite Stars Cooperative (ISC).

Colonial Commerce Commission (C3)
The Interstellar Agreements on Colonial Commerce (IACC), signed in 2072 by the Big Four corporations and the three Trading Blocs. IACC set basic ground rules for extrasolar colonization and commerce, banned overt piracy and claim-jumping, and established the Colonial Commerce Commission (C3). The latter began as an inter-corporation arbitration body but grew to a framework of extrasolar corporate governance. It is not a government, as it does not truly govern individual citizens and holds no armed forces of its own. Rather, C3 is a system operating to serve the common interests of the Big Four and the three Trading Blocks - open commerce, avoidance of overt large-scale warfare, and preservation of the corporate order of things. C3's executive body, the Presidium, holds seven representatives - one from each Big Four megacorporation and one from each Trading Block, giving the corporations, as a group, a majority.

As part of the IACC, to facilitate trade, C3 also issues and regulates the common currency, the Credit, agreed upon and used by all corporations and governments. 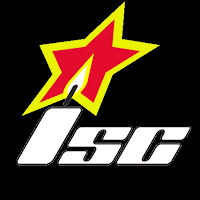 Infinite Stars Cooperative (ISC)
Starting as a loose professional association of deep-space explorers during the Second Generation of interstellar colonization, the Infinite Stars Cooperative grew to a tightly-knit quasi-corporation offering survey and courier services. In return for hiring its services rather than those of freelancers, the ISC guarantees professional exploration and secure courier services. Those who join the ISC begin as ISC employees. Those who survive several terms of dangerous exploration - the number changes from case to case - become ISC members and shareholders. Such members may receive their own "detached" scout craft and may operate as autonomous (virtually "independent") ISC agents. However, no one ever truly leaves ISC, and the Cooperative may reactivate a "detached" member at any time, or - more often - give such members special missions on behalf of the Cooperative.

The ISC "encourages" freelance explorers to join it, or at least pay a fee as "honorary members". This allows better job opportunities with the corporations, as well as preferred rescue operations in case of being stranded on the frontier. Rumors of "accidents" happening to non-compliant explorers have never been proven. The same goes to rumors about smuggling operations, and more than anything else - conspiracy theories, common on the internets, claiming that ISC has its own covert operations branch tackling supernatural and technological threats.

ISC also has the primary spacer journal, Infinite Stars*. It manages the Explorers' Society - which is open to non-members as well. This allows investment in the ISC by third parties. You can get into the Society if you pay the initial investment, or when a corporation of government pays for you. You then get the return on your investment in form of starship passage tickets.
Posted by Omer Golan-Joel at 6:53 AM