So how do the people of Laana (capital world of the Liberated Worlds in my Alkonost setting) dress like? The way I imagine them is along the lines of this illustration from the old Traveller Book: 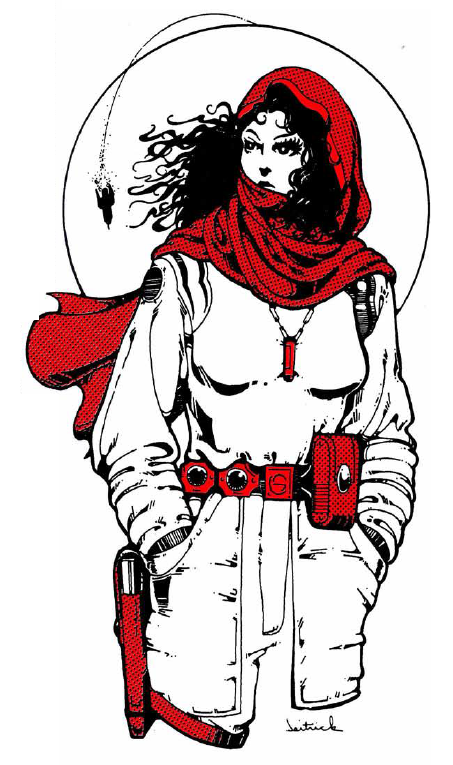 The main difference from this picture would be the fact that the Laanese, due to genetic drift, usually have a deletion mutation in their hair pigments, leading to white hair. Also, if they're living outside the equatorial canyons, they usually carry a filter mask on them (though they don it only outside) due to the low air pressure and massive amounts of dust on most of their worlds (think a half-terraformed Mars). 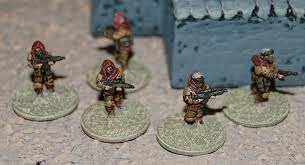 The clothing style is semi-military, owing to the prolonged guerilla war the Laanese has waged against the Incunablis Machine Empire's occupation of Laana (ended a generation ago), though the military uniforms and similar clothes tend to be quite informal and practical. Comfortable, utilitarian paramilitary clothing is also what the highly popular Chairwoman Ameena wears, adding further to their popularity on Laana and among counter-culture groups on Alkonost who are influenced by the Laanese culture and politics.
Posted by Omer Golan-Joel at 4:36 AM