My mother's house in Kiryat Tivon, Israel, was built by my grandfather's hands (he was a construction worker and contractor in his earlier years before he became a teacher and a principal of the local school) in 1971. My parents lived there until 1975, when they moved to Chicago, USA to study (I was born in Chicago in 1982). We went back to Israel and this house in 1986, and I spent most of my childhood there. The house was renovated and expanded in 1996. When my parents divorced in 2001, my father got most of the savings and my mother got the house.

Why am I telling you all this? Because in this (relatively) old house, with its ample cracks, crooks and crannies, lives a sizeable population of at least eleven Mediterranean House Geckos. They are wild animals who have colonized the house and are very welcome guests, as they prey on various bothersome insects, from mosquitoes to flies to moths.

Oh, and in the Middle East the common folk belief is that geckos bring a lot of luck...

They come out from their hidey-holes around 8PM and go back into hiding and sleep around 6AM. So they spend the entire night on the walls and ceilings hunting insects (especially their favourite dish, moths), chirping to each other in their faint voices, sometimes fighting each other over territory and mates, having relationships and laying eggs and, generally, enjoying their lives. Here you can see some of them, at least the ones brave enough not to run away while I was taking their pictures. 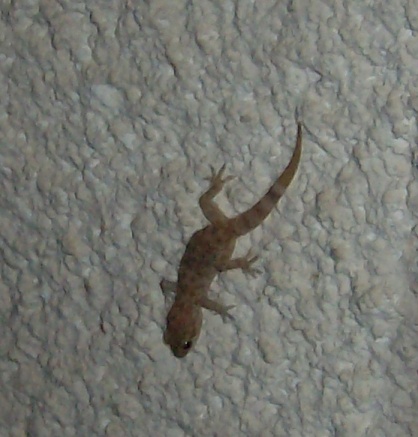 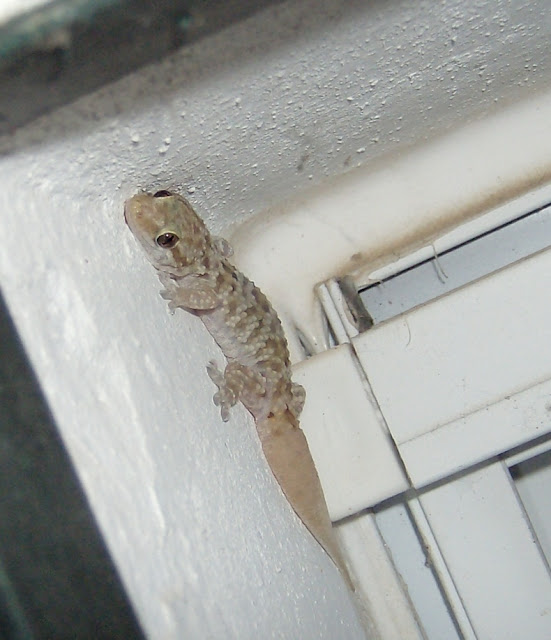 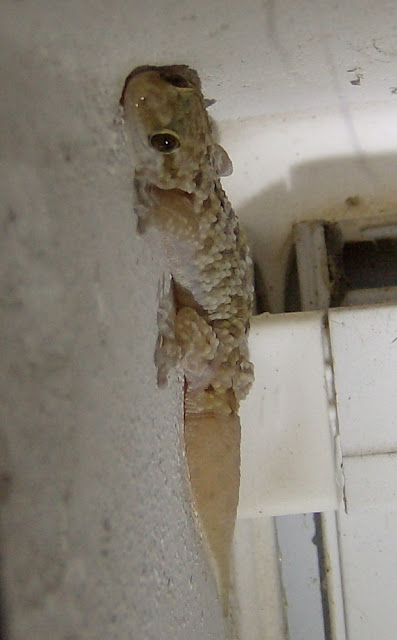 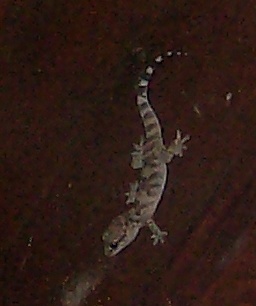 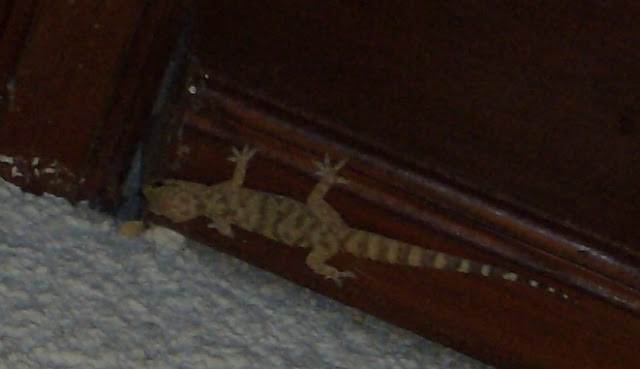 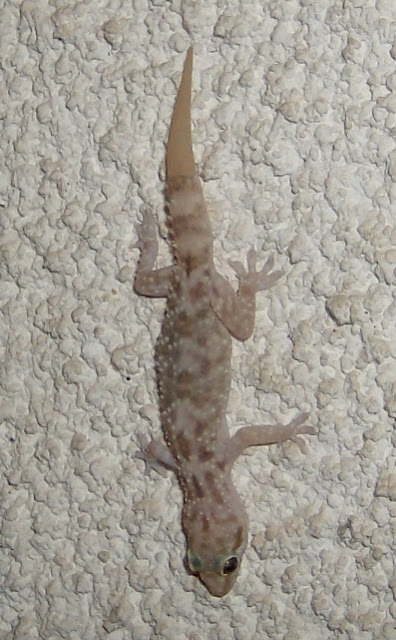 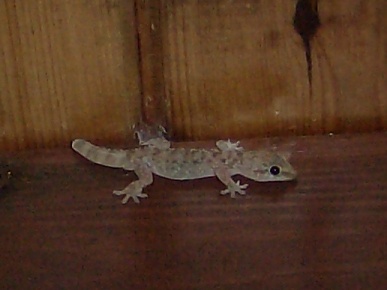 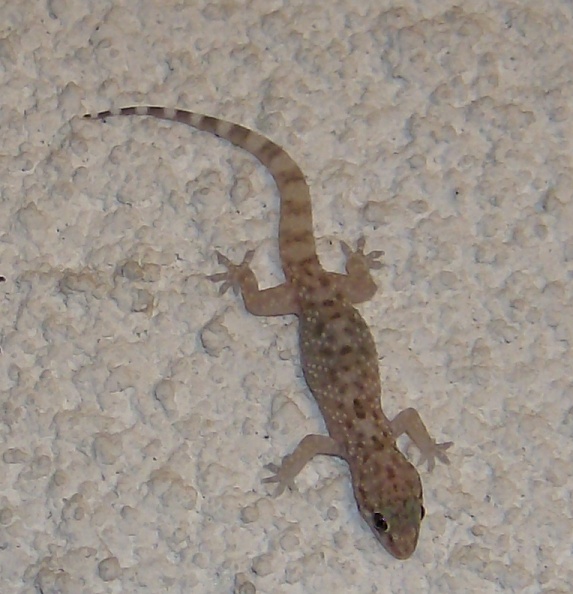 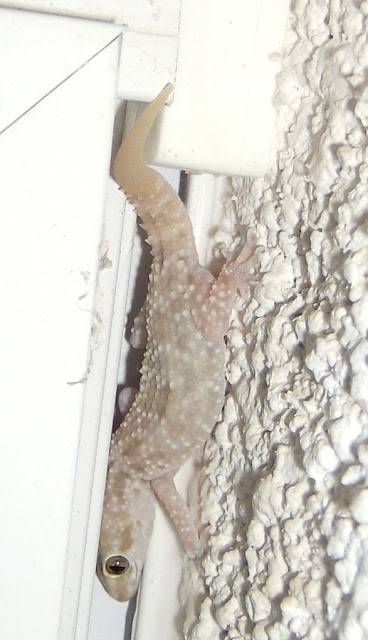