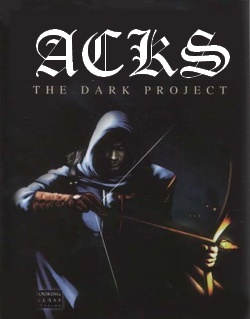 One of my favourite computer games ever was, and still is, Thief: The Dark Project. This game was highly immersive and evocative with advanced AI for its time and what was then a relatively new approach to first-person gaming: stealth instead of blasting your way around to the objective. But the best thing about Thief: The Dark Project, I'd say, was not its game mechanics per se but its setting.

The game was set in a huge city, medieval in most aspects, but with certain steampunk elements (such as complex pumps, turbines, elevators and even electric lights). Inside this setting, mundane for the most part on its surface, were several strong fantasy elements as well - undead, elementals, mages, giant lizards (Burricks), giant spiders, spellcasting clerics, shapechanging wood nymphs - and a mighty Chaotic god as the antagonist!

Technology and society were, for the most part, somewhere between medieval and Renaissance - and combatants wore leather chainmail and wielded swords, warhammers, maces and bows, with no firearms to be seen (although some gunpowder did exist in the game in the form of clockwork mines and explosive barrels). Nobles lorded over the toiling masses and lived in fancy manors - complete with large amounts of lootable treasure; the church - the Order of the Hammer - had immense power and an army of their own (as well as a technological advantage over everyone else); and each and every faction had its own men-at-arms, just like in the olde days. 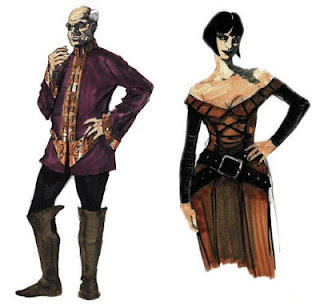 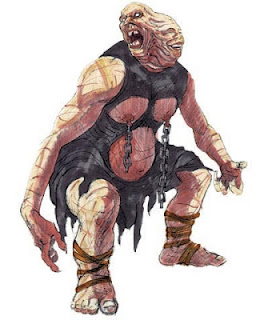 The last game so far in the Thief series, Thief: Deadly Shadows, returned to the first game's medieval feel and even reduced the amount of electric lights in the City. While it suffered from relatively small areas with load screens in between, it was still a good game. However, many of Thief: The Dark Project's cool fantasy elements, namely Burricks, Chaos beasts and Craymen, were absent and replaced by fish-men and possessed insane-asylum inmates.

Why am I telling you all this? Because I think that the world of Thief: The Dark Project can be a mighty source of inspiration for tabletop fantasy RPG games. Namely, I intend to base the setting of my next Adventurer Conqueror King System (ACKS) on the world of Thief!

There will be modifications, of course, as I want to optimize the setting for fantasy adventures and fit it to the ACKS rules, as well as inject some new ideas into it. But the main ideas of Thief will fit well with the ACKS rules, I think, especially since you even have rules for running a thieves' guild in ACKS!

Stay tuned for more in the coming days!
Posted by Omer Golan-Joel at 1:12 PM