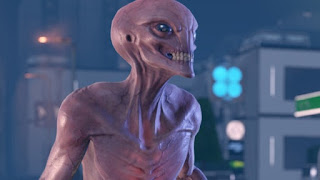 (on a side note, this XCOM game could inspire tabletop skirmish wargaming of small Terran guerrilla units fighting alien overlords...)
Posted by Omer Golan-Joel at 8:46 AM