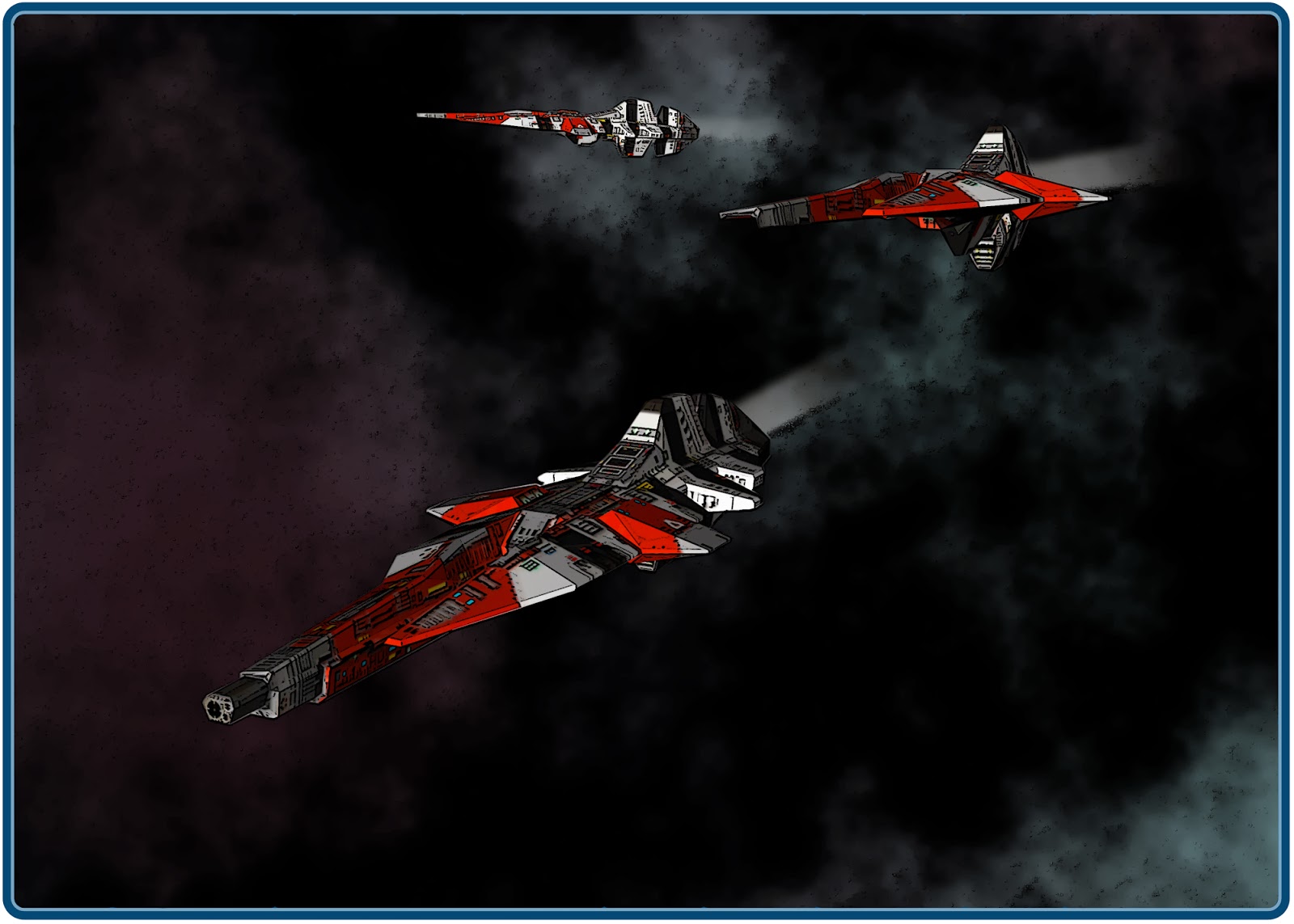 As the Incunablis Machine Empire makes extensive use of fighter-based harassment tactics, it is not surprising that the number one enemy of the Empire, the Liberated Worlds, has produced a fighter specifically designed to kill other fighters - in a word, an interceptor. While almost totally ineffective against larger military craft, the Type-81 Interceptor can make short work of any Incunablis Fighter. These cheap spacecraft are mass-produced by the Liberated Worlds, and stationed on many local outposts, mines and stations as a countermeasure to fighter harassment attacks.
Posted by Omer Golan-Joel at 4:17 AM