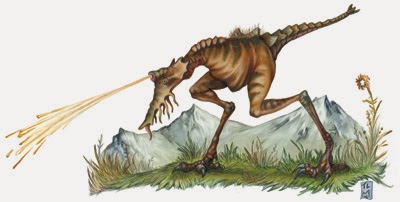 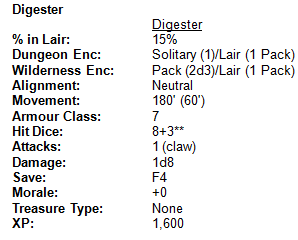 A Digester may spray acid in a 20-foot cone, dealing 4d8 points of damage to everything in the area. Once a digester uses this ability, it may not use it again for 1d4 rounds. The creature may also produce a concentrated stream of acid that deals 8d8 points of damage to a single target within 5 feet. In either case, a save vs. Breath Weapons halves the damage.
Posted by Omer Golan-Joel at 7:56 AM