In (Classic Traveller) space, no one can hear you scream! 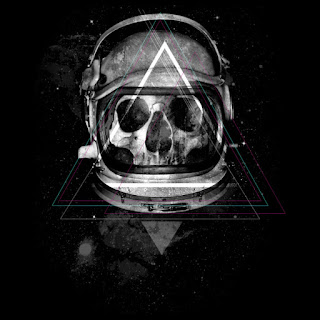 I have already written about the use of lethality in old-school games here and here. In this post, I will further discuss this concept in the context of Classic Traveller.

Some incarnations of Traveller assume - in many cases - that space travel is as safe as modern air travel. This is a completely legitimate viewpoint, in tune with Star Wars and similar universes where interstellar travel is commonplace and many people travel from world to world The universe depicted by the three-book Classic Traveller, however, is different. Very different. In it, space is a dangerous place. Traverse the dark gulf between the stars - and risk your life. Looks at the Scout career in the core book, for example. With the basic rule according to which a failed Survival roll means death, a good portion of Scouts perish during their careers even if they are hardy enough. Exploring the stars is dangerous. Scouts have a 41.66% chance of dying per 4-year term if they are regular, healthy human beings. If they are particularly hardy (END 9+), they still have a 16.66% chance of dying per 4-year term. Beyond the obvious game-design need to balance the easy acquisition of a "free" Type-S Scout/Courier, this also has in-universe implications. Traversing the stars is dangerous. If you boldly go into the Uknown, you often find out that the Unknown has teeth, claws and tentacles and that the Unknown wants to eat you. Space, indeed, is a dangerous place.

Interstellar passage aboard a liner or trader is expensive - Cr8,000 per jump for Middle passage or Cr10,000 per jump for the more comfortable High Passage. Even highly paid professionals such as pilots do not make so much money in a whole month, some would not even make such a sum in half a year, even if you ignore life expenses. The only other option is to travel by Low Passage - essentially go into freezers originally intended for livestock (so it was in the source material), which is not only extremely uncomfortable and demeaning but also risky - 16.66% to die en route, 8.33% even with a highly skilled (Skill-2) medic, and an unhealthy passenger (END 6-) has a 27.77% chance of death due to freezer failure! Even if you pay for Middle Passage, and even if you are riding a legit, fully maintained liner, once the liner goes through routine or frontier starports (C or worse) - and in most cases it will - it uses unrefined fuel, and has a risk of 2.77% per jump to develop a potentially deadly drive malfunction and a risk of 2.77% per jump for a dangerous misjump. All of this - without accounting for the threat of piracy, or other risks of traversing the interstellar frontier.

So travelling the stars is dangerous and highly expensive. This is somewhat similar to the Age of Sail or the earlier Age of Exploration. Back then, sailing the cruel seas was a dangerous undertaking, and most people avoided doing it routinely unless they were sailors or fishermen, and even then, most of them stayed close to the coast. Sailing into the unknown could earn you a ship's load of gold, but also a watery grave. Even sailing to known ports was a risky undertaking. In the implied Classic Traveller universe, then, most people do not travel often, if at all. The majority stay on their home worlds or whatever colony they were born on, at most travelling once or twice in their entire lives for pilgrimage, emigration or fleeing wars and disasters. Going beyond very few parsecs is prohibitively expensive - to cross a Sector in Middle Passage will probably cost you your life savings and further put you into debt.

So who travels? Travellers travel. Travellers are a different class of people from the ordinary planet-bound colonist. They travel - they take vast risks - they dare go into the dark and face certain death. In this, they are similar to adventurers in older-school fantasy RPGs as opposed to non-adventuring 0-level "Normal Men". Sure, adventuring can get you rich, and so can speculative trade or mercenary work, but it is likely to get you killed, and therefore, most "normal" people avoid it if they could.

So you play a Traveller. You take risks. You boldly go into the Unknown. Sometimes you get fabulously rich. Other times, you end up dead. Space travel is not for "ordinary" people who wish to have a long, healthy life working for a wage. Space travel is for adventurous souls, nobles bored so much that they look for such thrill and risk for entertainment, and very hardy men and women who serve in the interstellar military, the scout service or the merchant marine.
Posted by Omer Golan-Joel at 2:17 AM