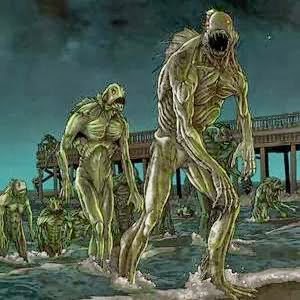 Note that it is possible for a Deep One hybrid to transform into a Deep One due to old age without a ritual, but this will create a 2+1 HD monster as described here, with no special abilities and without retaining any class features, except for proficiencies. In this case, the character will be an NPC. This is how many level 0 Deep One Hybrids transform naturally into 2+1 HD deep ones.
Posted by Omer Golan-Joel at 12:30 AM