ACKS: The Dark Project - The Mechanist 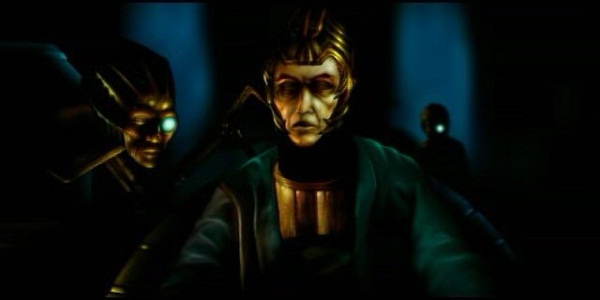 The Mechanists are a radical heretic sect growing inside the Order of the Hammer. When Hammerites value craftmanship and honest work, Mechanists seek to make the world anew with clockwork and steam inventions. The Order of the Hammer, of course, views this as a wicked heresy and does its best to root it out; many a Mechanist was burned on a stake for the crime of violating Hammerite scripture with bold new interpretations and revolutionary inventions.

True Mechanists are clerics, in essence; they do worship the Builder, cast Divine spells and wield gear-headed maces to crush his enemies. However, they progress more slowly in spellcasting and cannot turn undead. However, their most important and intriguing ability is the creation of mechanical automatons, from the clockwork Metal Watchers to the marvellous Builder's Children who can lift great weights, replace the Mechanist in menial tasks and fight on his behalf.

In ACKS-PC terms they have Hit Dice 1, Fighting 1a and Cleric 2. However, they do trade in some of their abilities in return for sepcial abilities, not least of which is the creation of Automatons.

Mechanists fight just like Hammerite Clerics and hit an unarmoured foe (AC 0) with an attack throw of 10+. They advance in attack throws and saving throws by two points every four levels of experience (the same progression as clerics). They may only fight weilding a weapon and a shield (or one weapon and an empty second hand) but cannot use two-handed weapons or dual-wield. Mechanists may wear Chain Mail armour or lighter and may use maces, flails, hammers, bows and crossbows. They may use any magic item useable by Clerics.

Mechanists cannot turn undead. They may cast Divine Spells and perform Magical Research as a Cleric of their level, as shown in the Adventurer Conqueror King System core book, pp.21-22.

The most precious and valued secret of the Mechanist is his ability to Design, Build, and Repair Automatons. Automatons are machines similar to magical constructs, but using clockwork, steam engines, gears, and valves in place of dweomercraft. This is done according to the Dwarven Machinist rules in the  Adventurer Conqueror King System's Player's Companion, pp.18-20.

Upon attaining 9th level (Mechanist Patriarch), a Mechanist may establish or build a fortified Factory-Church. So long as the Mechanist is currently in favor with the Builder, he may buy or build his factory-church at half the normal price due to divine intervention and mechanical innovation. Once a factory-church is established, the Mechanist’s reputation will spread and he will attract 5d6x10 0th level soldiers armed with various weapons, plus another 1d6 Mechanists of 1st-3rd level to serve the order. They are completely loyal (morale +4). While in the cleric’s service, his followers must be provided food and lodging, but need not be paid wages. The Judge determines which proportions of followers are archers, infantry, etc.