Let's do some basic math for my ACKS: The Dark Project.

The City is the largest urban settlement in the campaign area. In terms of realm size, The City and its rival city-states are Principalities, with 18-65 or so 24-mile hexes each. The City is ruled by a Prince (a title which fits the ACKS domain system better than a lowly Baron, IMHO) and so are its rivals.

The City has a realm of 47 24-mile hexes, a sizeable Principality; its main rival, Blackbrook, has 44 hexes; Cyric has 35 hexes; and Bohn has 27 hexes. Everything else on the map is no man's land, either badlands between the city-states' realms or wilderness into which the forces of Chaos creep.

The Thief world is a relatively advanced one, technologically speaking, but also a world well past its age of Imperial glory. So I'd use the default average population density, especially since not all hexes in a realm are proper farmland - most realms have many hexes of mountains and woods, which, while providing rich resources (such as timber, metal and coal) in many cases, have a much smaller population than typical farmland. So, on average, it's 50 people per square mile, 300 families per 6-mile hex and 5,000 families per 24-mile hex.

Also note that most of these people do not live in the countryside but rather in the city-states themselves.

Yes, The City is HUGE.

Now, on to realm subdivision into Duchies:

The City is a Principality.  The Prince himself rules only The City directly - it is wealthier than any Duchy under his command and enough of a hassle to manage all by itself. All his lands outside The City are divided between the five Dukes.

And Bohn has three duchies.

Generally speaking, each Duchy is dominated by a City of about 3,000-4,000 families, a Class III market. 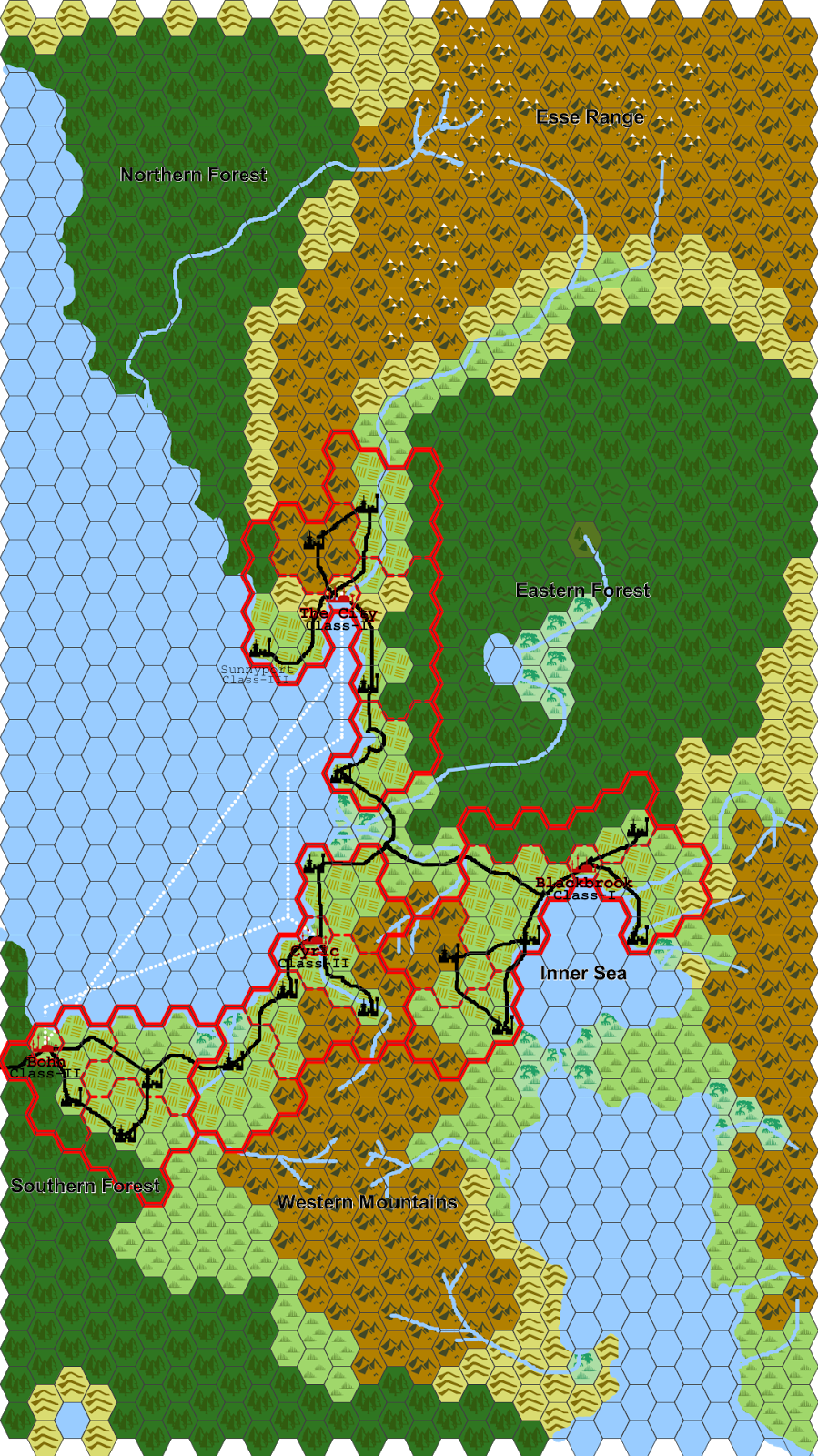