Reading this thread on TMP got me thinking; after all, the Eastern Front is, IMHO, the most interesting part of WWII, and both the Soviets and the Nazis work well in sci-fi/PA versions. So I brought up the idea of a literal "Stalingrad 2072" campaign (i.e. Reds vs. Fascists clashing in 2072 in the ruins of Volgograd) in a conversation with my spouse - and wargaming partner/rival - Hannah, and she was intrigued!

So this will be my main PA project from now on. There would be three factions: Reds (low-tech, but with gas masks), Partisans (very low tech, no gas masks for most of them, some disfigured by bioweapons) and Fascists (heavy armour and good guns for each trooper. Tech would be a bit more advanced than today, with powered armour, light mechas, lasers and VTOLs, but no gravitics or sentient robots.

The setting is Stalingrad AKA Volgograd AKA Stalingrad again in 2072, 35 years after a major nuclear war and in the midst of a severe nuclear winter. The Red Army of the Stalingrad Kommune, emerging from the Volgograd University's cellars, fights the invading White Legion over the access to the Volga and to the nearby Baku's oil reserves. In order to bolster the defences against the fascist White Legion, the Kommune organizes various surviving groups outside of its main territory into Partisan detachments to harass the fascists' rear.

The ruleset I'm thinking about is GRUNTZ.

Note that the "invaders" are from another bunker in the outskirts of Volgograd (near the international airport). The Reds are from a bunker under the University.

Both factions had some time to grow, and now they are about the scale of the conflict between the NCR and the Legion in Fallout: New Vegas (or, more accurately, like a comparison of the NCR and the Enclave in Fallout II).

I've thought a little bit more about the Reds and I'm considering making them into a more rag-tag force ALA most forces in Metro 2033. Their main infantry weapon would be an improvised SMG (similar to the WWII-era PPS-43 or to the Bastard from Metro 2033); their "powered armour" would be clunky modified industrial lifter exoskeletons (represented by Kremlin Miniatures Rising Sun MANITOUs); and I'm even considering either giving them armoured cars (15mm.co.uk HOF Light Tanks) or Tachankas (i.e. technicals - using the Khurasan Rockjumper pickup) instead of usual tanks.

The fascists, on the other hand, would be like the Reich from Metro 2033 or the Enclave from Fallout 2 and 3 - using remnant military gear stolen from various bunkers around the city.

So here are the Fascists (Eureka Miniatures 15mm Sci-Fi Germans): 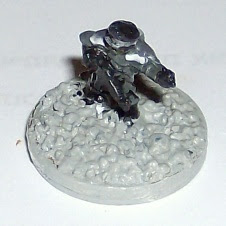 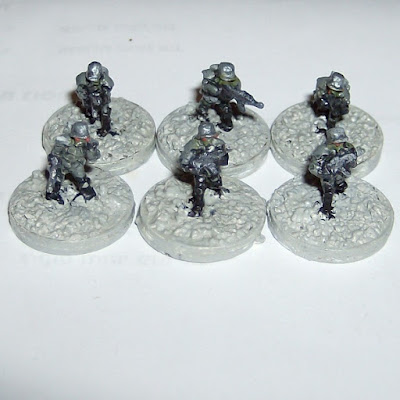 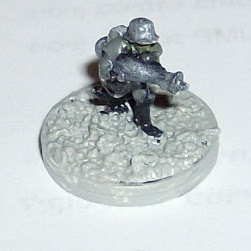 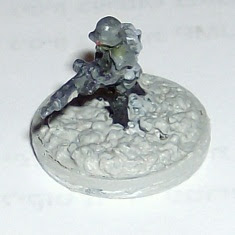 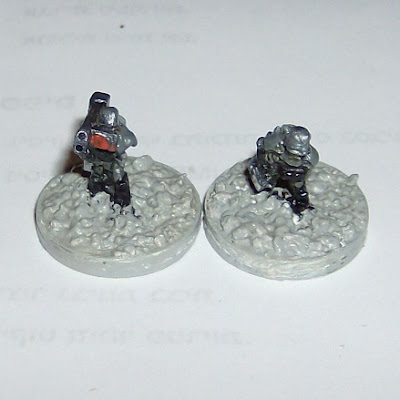 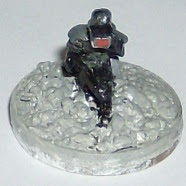 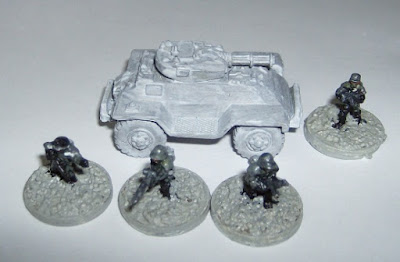 And here are the Red Army troops, unpainted (yet!): 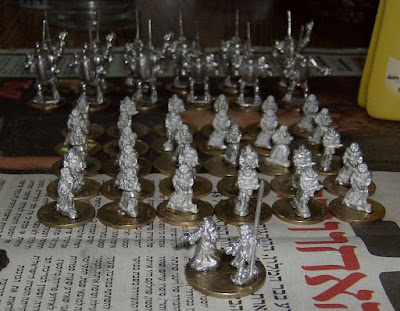